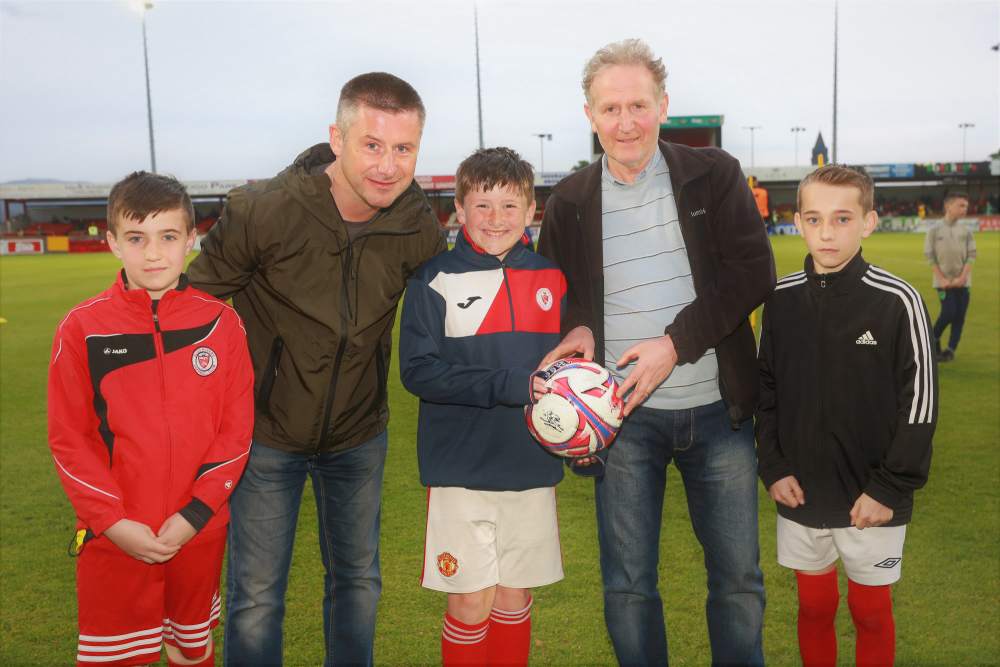 Arrotek Medical were the main sponsor for Sligo Rovers F.C. in their recent game against Shamrock Rovers. The game was played on Sligo Rovers home soil The Showgrounds. Full time score seen both teams share the points with a scoreless draw. This was a promising result for Sligo Rovers that were up against a good Shamrock Rovers side. Half time image shows Ger O’Carroll (Co-Founder of Arrotek) with his son Adam and friends holding the sponsored match day ball which was signed by all of the Sligo Rovers players. Arrotek have supported Sligo Rovers over the years to help the club with their continued success